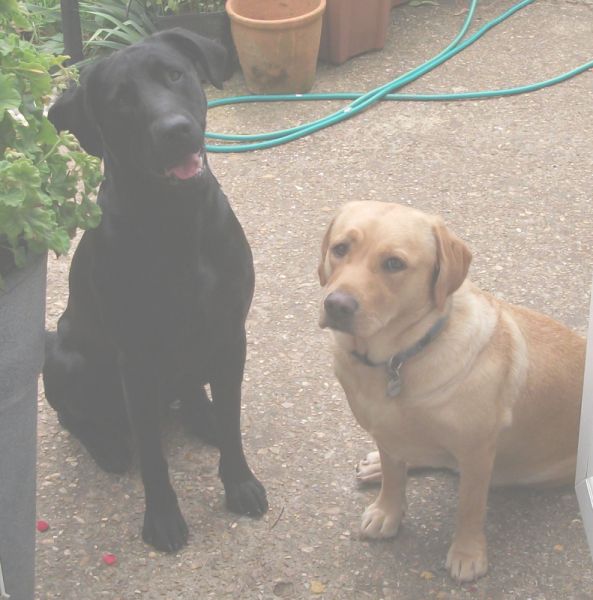 My SD2 Affected Yellow Lab Connie next to Monty, an unaffected Drakehead Lab

SD2 gene mutation aka Skeletal dysplasia type 2  or inherited dwarfism in Labradors is an abnormality of skeletal development that causes short-leggedness in Labrador Retrievers.

It has no clinical effects, causes no health issues and has no adverse effects on long term health or longevity.

We have all seen 'shortie Labs' those normal looking Labradors with legs like basset hounds or in my own Labradors case (pictured above) she looks like a giant Corgi.

As the working Labrador bloodlines have been crossbred numerous times over the decades (a check on your Labradors ancestry will show how many common ancestors the Dam & Sire of your dog have), it is quite common that 2 dogs carrying the mutated gene will be mated.

SD2 is very common and It is becoming clear that some of our top Field Trial Champions in the UK were most probably carriers of SD2.

The gene has autosomal recessive inheritance (both parents have to have copies of the mutated gene), whenever 2 dogs who have inherited the SD2 gene from this common ancestor produce a litter some of the puppies will develop short legs.

From the  University of Bern web site:

Skeletal Dysplasia Type 2 is different from several other skeletal dysplasias which are associated with other health issues.

No deafness, eye problems or secondary joint problems have been observed in dogs affected with SD2.

Therefore, as the dogs have no health problems we are really looking at a condition that only affects their appearance and is not a disease in itself.

What SD2 affected  means for your Labrador:

Your Labradors size and body proportions are controlled by multiple genes, not just the SD2 gene, and there will be  a natural degree of size variance  in the normal Labrador population.
The Kennel Clubs breed standards are:

The only effect this will have is  that your Labradors shorter legs will put her below the Kennel Clubs breed standard minimum height, but on a dog that otherwise might have had relatively long legs, your dog will have almost normal proportions.

This has come about as over the years the simple process of mating a Labrador with shorter legs to a Labrador who is much taller than average would have helped to override the visual effect of the SD2 gene.

It has also become clear from feedback from potential owners  that there is a desire for smaller shorter Labrador.

Labradors may be  the worlds best loved dog, but they are large and many people want a smaller dog with the same traits.

However deliberate breeding of SD2 affected dogs to produce shorter Labradors would eventually result in extreme leg shortness, which while allowing the dog to live a normal and content life as a pet would prevent her from field work or the active sports Labradors are so fond of.

What do I do if I have a dog or bitch DNA tested as a carrier or affected with SD2?.

If all other health   tests ( Hip Dysplasia, Elbow Dysplasia PRA etc...) indicate your dog is suitable for breeding. Choose a mate who is SD2 DNA tested clear.
Test the puppies in the litter at 4 weeks and advise potential owners to breed  clear or carrier puppies with SD2 clear Labradors.

Since  Autumn  2014 the Kennel Club have agreed to a voluntary recording of SD2 which will appear on their mate select site and on documentation.

Owners who have had their Labradors DNA tested for the condition can send copies of their certificates to the health department as laboratories do not automatically send on certificates.

On other sites where dogs are offered for breeding, such as Champdogs.com, breeders have the opportunity to indicate if their proffered dog is SD2 clear. 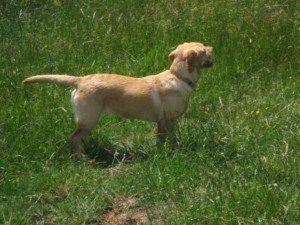 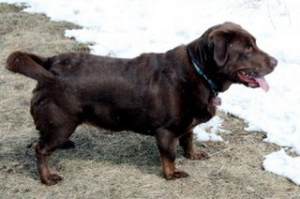 Labrador Muscular Myopathy Centronuclear myopathy (CNM) in Labradors is known as HMLR (hereditary myopathy of the Labrador Retriever) or more commonly  Labrador muscular myopathy,   it is a naturally occurring […]

Dog DNA screening and grading fees* For those participating in the KC/BVA health grading schemes. Hip & Elbow screening from Hip Dysplasia Screening is £68 (inc’ VAT) for a single […]

Macular Corneal Dystrophy (MCD) MCD is a hereditary eye disease that causes severe visual impairment in affected dogs. Dogs affected with MCD will develop cloudy eyes, due to an abnormal […] 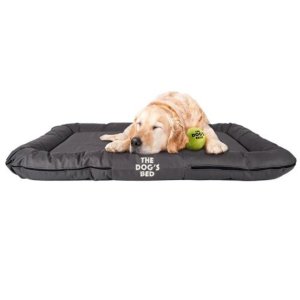 Cages, Beds and  Your Labrador: A cage makes an ideal den for your dogJust like humans dogs need privacy and 'me time', a private space needs to be provided, one […] 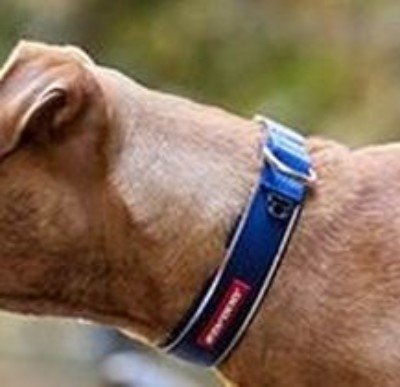 Labrador Collars and Harness Collar or Harness? This is a matter of choice and owners will argue long and hard in defence of their preferred walking accessory. Whichever you choose […] 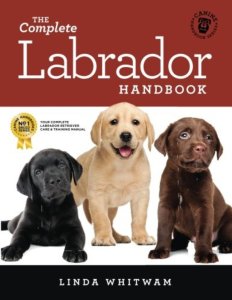 There are thousands of Labrador books on the market, covering breed history, care, training, breeding, behavioural issues, health etc... There are books aimed at the colour lab you have (Black, [...] 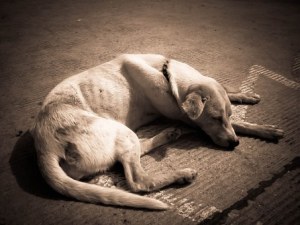 Labrador Muscular Myopathy Centronuclear myopathy (CNM) in Labradors is known as HMLR (hereditary myopathy of the Labrador Retriever) or more commonly  Labrador muscular myopathy,   it is a [...]